Well, There Goes the Neighborhood!

December: “Honey, I was going to ask you, I don’t think I’ve seen Russel at his house lately, have you?”
“Hmmmm, not that I can remember. When was the last time you think he was there?”
“Must have been when we talked after Thanksgiving. I haven’t even seen his car in the driveway.”

January: “Glad you’re home! I saw Russel carrying stuff out of his house with his brother today. He must be moving out.”
“Really? He never said he was moving. I wonder if he’s losing the house.”

March: “Well, I found out that the side door had the window broken out. I put some plywood in the window and found the foreclosure notice on the front door. Apparently, the bank has taken possession of the house.”
“How much do you think they’ll sell it for?” 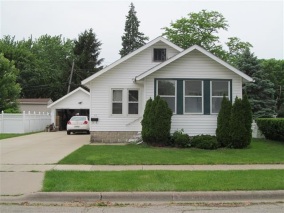 “I can’t imagine it’ll be very much. The house is in kinda rough shape. I just hope a slumlord doesn’t get it.”

You ever had this conversation? This is a real conversation that my wife and I have been having for the last few months. It is such a precarious feeling when a house in the neighborhood goes through a transition like this. I’m sure a lot of you have been through similar situations and the last line has been finished with everything from “a really great young couple” to “some scummy landlord in a Mercedes.”

For as organized and separated as neighborhoods can look – being divided by yards and property lines, driveways and telephone poles – each house and the families inside it is connected to the others around it. A neighborhood is almost a single living organism made up of smaller living organisms. In it’s best version, it’s like a beehive or an ant colony with each member contributing to the well-being of the others. In its worst version, it is full of gaps and rot where members have left and problems have moved in.

How do we, as a neighborhood, deal with something like this? What should we do as good neighbors to preserve our home? I tend to organize and categorize things to help me deal with problems. I need to make them linear. Here’s how I break it down for myself.  Maybe it will help you, too.

I look at neighbors, first, in two main categories: renters and owners. It’s an important distinction that can tell you a lot about what to expect. *Disclaimer: At no time ever in the history of ever never ever should anyone assume one is better for the neighborhood than the other.* Some neighbors are quick to write off renters as generally problematic. This is a dangerous assumption. Renters can be some of a neighborhood’s best neighbors. I have found, in my personal experience, that if a rental house is problematic, it is almost, very very almost always the landlord’s fault. A good landlord cares about the well-being of his/her investment and will make sure to perform due-diligence in getting a good neighbor in it. They will keep up the property and respond to complaints or concerns from neighbors. A good landlord will even remove a problematic tenant if need be. A problematic owner, however, is under no obligation to go anywhere. So be careful about assuming that an owner is always better.

The second distinction I use (after renter/owner) is contributor, neutral, or detractor. This category is tricky, because we have a tendency to notice the negative long before we notice the positive. This is a very important role to figure out. Contributors are the ones that interact with neighborhood kids that might seem like trouble. They keep their own yard tidy and are mindful of litter and dropped branches 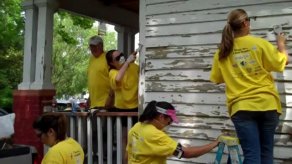 in their area. They don’t hesitate to have conversations with neighbors they haven’t met. Sometimes they attend neighborhood meetings or volunteer for events. These are the ones that hold onto the ideal that I refer to so often: “If you want a better neighborhood, be a better neighbor.” Neutral neighbors tend to be the biggest category. These are the ones who work hard to support their families. They are polite when approached but are content to hang out in the backyard with their privacy fence. Neutral neighbors are solid, beneficial neighbors to have. One Neutral neighbor might be a die hard Minne-Lusa-for-life, I’m never going anywhere kind. The next might be just as likely to move out west if a good deal pops up. These are your standard American neighbor. There’s a pretty good chance they own a pick-up. And then there’s the Detractors. These are the one’s we all know. They are actually the smallest group, but they make the biggest impression. They don’t care how long it’s been since they took care of their lawn because cut grass is for hoity-toity people. They are more likely to park on their grass than they are to cut it. You might find old furniture outside. There’s usually a window or two that are covered with cardboard. They like to party and to party late. They honk horns in the driveway, don’t return waves, will scream at an ex-

lover in the yard at 11:30PM, and often have a faint cat-like musk coming from somewhere on the property. Or their house might look just like a Neutral’s house, but they will be just unpleasant. Yeah, you know that guy. House is upkept, but he’s been pickled. He’s all sour and salty and prefers to stay in his jar all by himself.

Ok, so now that we have our categories, how do we address a situation when a property turns over? How do you use this new knowledge of the different types of neighbors to make the best of what might happen to that house across the street that just sold?

Here’s the key. This is what you do. You find out which category you belong in. Figure out what kind of neighbor you are because it’s the only dog-gone thing you can control. Will you be a good neighbor to whoever moves in? Or will you be invisible to them? Or will you be the one who makes them say, “Well, there goes the neighborhood” ?

And then there’s this, just for fun: